It's the Great Pumpkin, Baroness

Speaking of pumpkins, one of my goals this year is to think about my Hallowe'en plans and costume waaaaaay earlier than last year.  Lest you think it is too early to think of such things, I will note that Hallowe'en candy has already been put out on the shelves of my local grocery store and there are bins of pumpkins out at my neighbouring farmers' market!!!  Anyway, when I spied the adorable 1920s Halloween dress recently listed on Etsy, I HAD to post about it. Isn't it cuuuute?  This dress reminded me of a gorgeous owl one I had seen on flickr.  Last year, the 1930s Girls About Town did a thorough post about 20s and 30s Hallowe'en, which I have been re-reading. Here's hoping THIS year's festivities and costumes will be less thrown together! I admit I have found out about a pretty cool event involving mystery and a train.  More on that later... 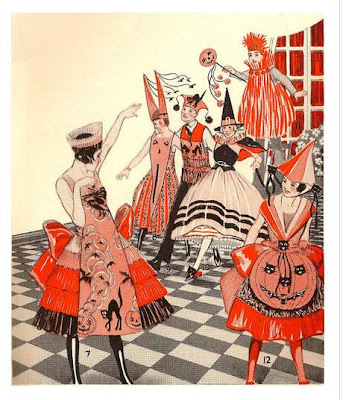 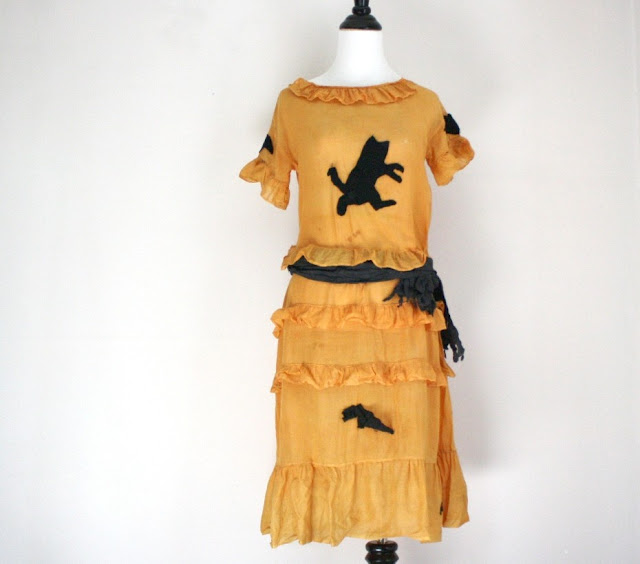 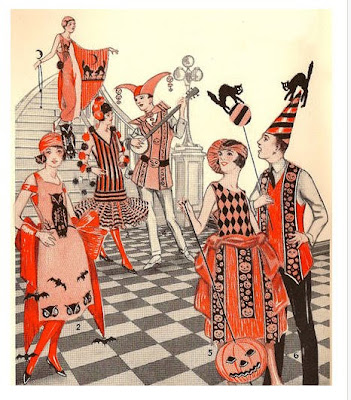 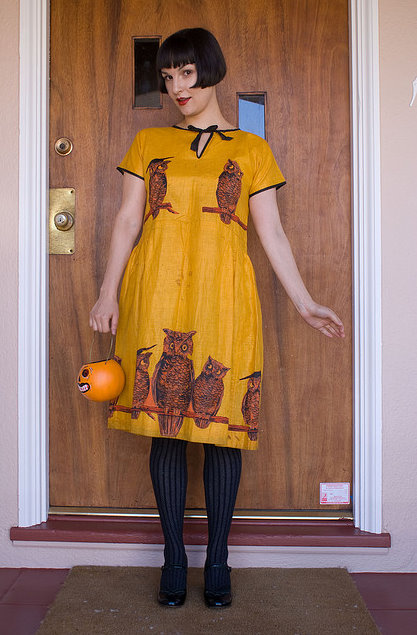 Never thought of Halloween being that elegant. Lovely post!

Oh my gosh, that owl dress is amazing! I hope you find out what you want to be/how you want to dress soon. Halloween planning is such serious business.
Just found your blog and I am loving it! You have great style.

I am loving that owl dress!!! I am now headed over to eBay to see if I can find something similar. That is such a great dress; so suiting for Halloween!!! Thanks for sharing!

Oh the owl dress girl is fantastically adorable!!! Love that outfit! And the other dress is also super adorable!

Can't wait to hear more about the mystery and the train. I heart mysteries, and trains are another passion. Such a great owl dress! Have a lovely Wednesday!
Maureen

Both of those dresses are AMAZING! Halloween is my favorite holiday! and you're right to be thinking about it early (I should too)..it always seems to sneak up on me!

Oh my gosh, when I saw that dress yesterday I immediately started searching for fabric to make one. It's the cutest EVER!
And the owl dress! *swoon*
Halloween is my favorite holiday :) Thanks for the inspiration!

How wonderful! It's so exciting that you included the Halloween dress from Vint Condition in this post.

I thought you also may be interested to know that the man I got it from usually burns any vintage clothing that comes into his possession when he buys up estates for furniture. It makes me cringe to think about what sort of lovelies could have been lost by now.

Luckily, this one is saved and I can't wait to find it a good home.