One of my everyday fall staple items is knitted sweater coats.  I have a rich berry colored one that was my grandmother's in the 1960s that I have almost worn to tatters.  I am sure La Baronne D'Anthropologie would note their comparability to 30s knitted swagger coats and snap a couple of these lovelies from the Anthropologie shop (as exorbitantly priced as they are).  I suspect she would be drawn towards the plaid patterning in the first one and the goldenrod colour of the second (a hue that is both strikingly modern and yet versions of this color seem to have been popular in the 30s and onward). To keep up with her posh cousin, the Baroness Von Vintage would be up late nights secretly knitting her own knockoffs, using pattern books depicting the latest Parisian styles. 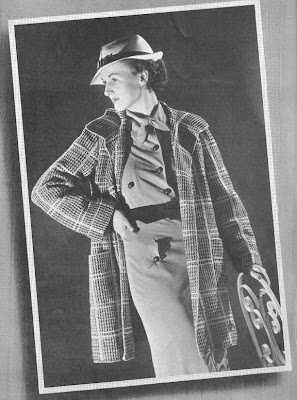 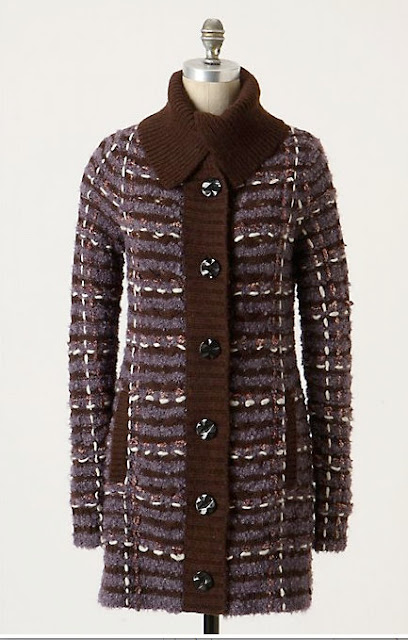 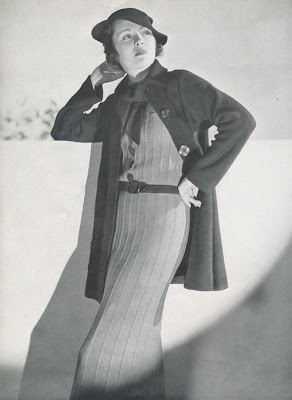 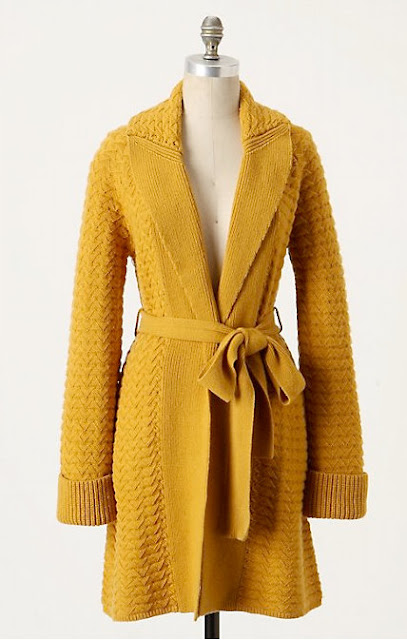 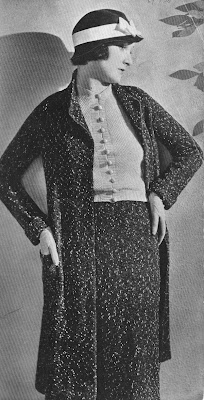 Side note: sweater coats are great for achieving a late 20s/early 30s country look (idea when paired with a tailored shirt, tie, jodhpurs, knee boots).  A similar late 30s/early 40s version of this look is the Land Girl uniform
Posted by BaronessVonVintage

I spy plenty of buttons in today's photographs. Love it..I'm a button kind of gal. I'll take that first sweater coat from Anthropologie, those huge buttons are to die for. Is it too early to put that on my list for Santa? :)
Maureen

Oh wow! I could totally wear these all winter down in the south :o)

Oh, there is a shop called Ruche
shopruch.com
And it sometimes has similar but quite a bit less expensive clothing

I love these. I would totally wear these.

Did you check out www.carpetbagger.com? I think that's the URL. (On a totally unrelated note, lol...)

Darlene: I DID! Alas, I ended up finding a little 30s tapestry bag with a bakelite handle that was too good of a deal to pass up. WILL save this url for future ref., though! PS: For some reason, your bloggy won't let me comment on it lately! I've tried several times to leave notes but they disappear and I can't add new ones!?!

These are great. I definitely, for me anyway, prefer the land girl look. ;]
-Andi x