If you were a follower of my now defunct other blog, you may remember I posted on the topic of Lunch Box Socials before, but since that blog is long gone, I thought I'd do a re-post.

Growing up, I had heard stories of how a crucial part of my grandparents' courtship centred around a Lunch Box Social, but had no idea what this was.   As I understand it now, at a lunch box social, eligible young men would bid on the picnic lunches prepared by available young ladies. Once the "auction" was over, the winner of the basket would share the contents with the maker. In some cases, these events were structured as a dance.


Similar definitions for a "box social" are given on Wikipedia and in the Urban Dictionary.  According to Wikipedia: "In the U.S. state of Vermont the tradition is that women decorate a cardboard box and fill it with a lunch or dinner for two. The men bid on the women's boxes anticipating a meal with the woman whose box it is. The bidding involves teasing, joking, and competition. The event frequently takes place in a town hall, school gymnasium, or church hall."  Similarly, the Urban Dictionary describes a "box social as "A social get-together that involved the auctioning off of boxed lunches prepared by the women. A potential sweetheart might let her man of choice know how she had decorated the box she prepared so that he would try harder to be the one to successfully buy it at auction. This was a way for young women to show off their meal-making skills. He who bought the lunch would share the meal with the one who prepared it."


My grandparents were from the Canadian Prairies, but the event they attended seems to have been similarly arranged.  Apparently, my grandfather had seen an interesting dark haired gal around town, but she didn't really give him the time of day, so when a Lunch Box social came around, he made sure to win the bid for my grandmother's picnic basket. The rest is history!  As a side-note, I recall the "Box social" being a crucial part of Oklahoma, and I remember the residents of Stars' Hollow did something similar on the show, Gilmore Girls :) 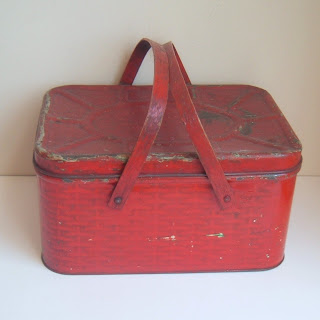 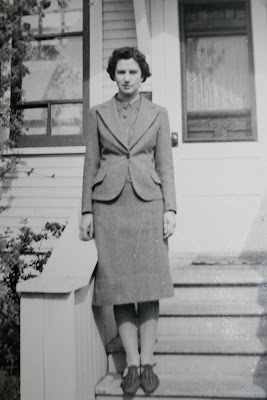 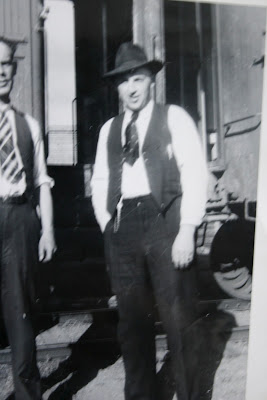 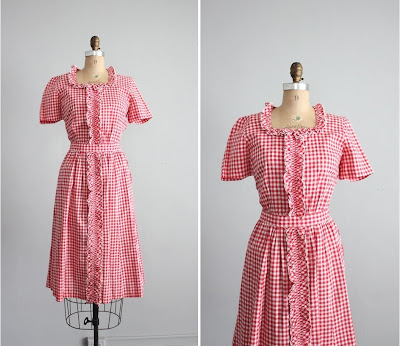 This is such a neat idea. I never heard of this before, but I think it should be brought back! :)

What a great story of how your grandparents met! And an interesting tradition, I hadn't heard of them before either.

Hmm, I live in Vermont and I don't think I've ever heard about this! It sounds so cute; I kinda wish they still had them : )

I never knew that is what they were called! It is a CRUCIAL scene in one of my favourite films, The Long Hot Summer with Paul Newman and Joanne Woodward. SWOON. I'd let him bid on my lunch box anyday.

That's cute how your grandparents met. I remember the lunch box social scene from Oklahoma and it's cool to know that people actually met that way sometimes.

That's an adorable idea. I would love to do something like that again. I mean, I'm spoken for, but it's so cute.

That's a great story! I've seen Oklahoma sooo many times (both the film and the stage version). I grew up there, so there was a production of it practically every season. It's always fun to find out that people really did those things!

Y'know, some historical sites have annual events like this. Maybe there's one in YOUR area? Worth a google? I know there's a place near here that does an annual Strawberry Social. Haven't heard of a box social, though...

stephanie: I MISS GG, too! Such a great show. I rewatch the series on DVD once a year ;)

Aw that's such a cute story about how your grandparents met!
My favourite postcard in my collection actually makes reference to a box social. It is from a girl named Elsie to her cousin and she writes about how a cute boy named Jack won her box. I think the postcard was from about 1916.

Wow, I had never heard of such an event. Thanks for this post, I really enjoyed reading about how your grandparents met! This kind of reminds me of how in Japan, making a bento (box lunch) for a boy you like is a way of winning them over. Seems like food will always be the way to a man's heart!

So sweet- I love the idea that the package is decorated too...
I bet there was so much negotiation and skullduggery behind the scenes to know whose picnic was whose and make sure the right person bid on your lunch!

I wanna do a box social! They sound so much better than meeting someone in a loud club where neither party can hear eachother!

oh what a sweet story Baroness!!
btw i love gilmore girls,in italy we call this show "una mamma per amica" :)
...and the gown you posted is faboulous,i'm thinkin' about having one like that

Let's bring back the box social!!!

katia: that's so interesting re: the title of Gilmore Girls. Does that mean "A mother for a friend or something like that?

Ohh, I think every girl needs a gown like that one, hey?

This is so fun and intriguing! Like Dakota, I live in Vermont and have never heard of a box social. I come from old Vermont families, too... unfortunately all of my grandparents have now passed, but I'll have to ask my parents if they remember any such thing.

What a sweet story about your grandparents! I've read a few mentions of lunch box socials, but far more about pie socials - where the girl baked a pie or cake and the guys bid on it.

How mortifying if you weren't a good cook though!